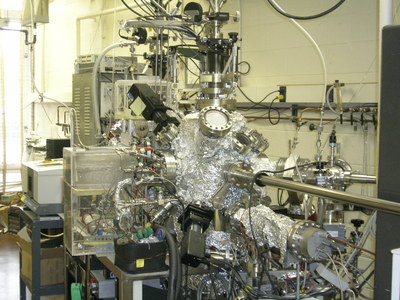 The smaller system is used to deposit oxide and ferromagnetic films by low temperature CVD. A spectroscopic ellipsometer attached to the chamber analyzes growth process in-situ. 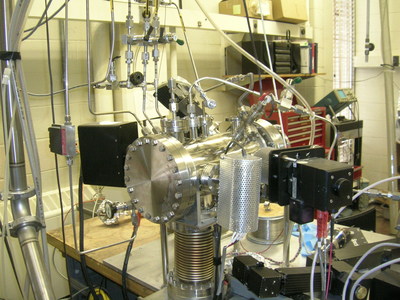 The FTIR system is used to investigate precursor desorption, adsorption and reaction on the surface during CVD process. 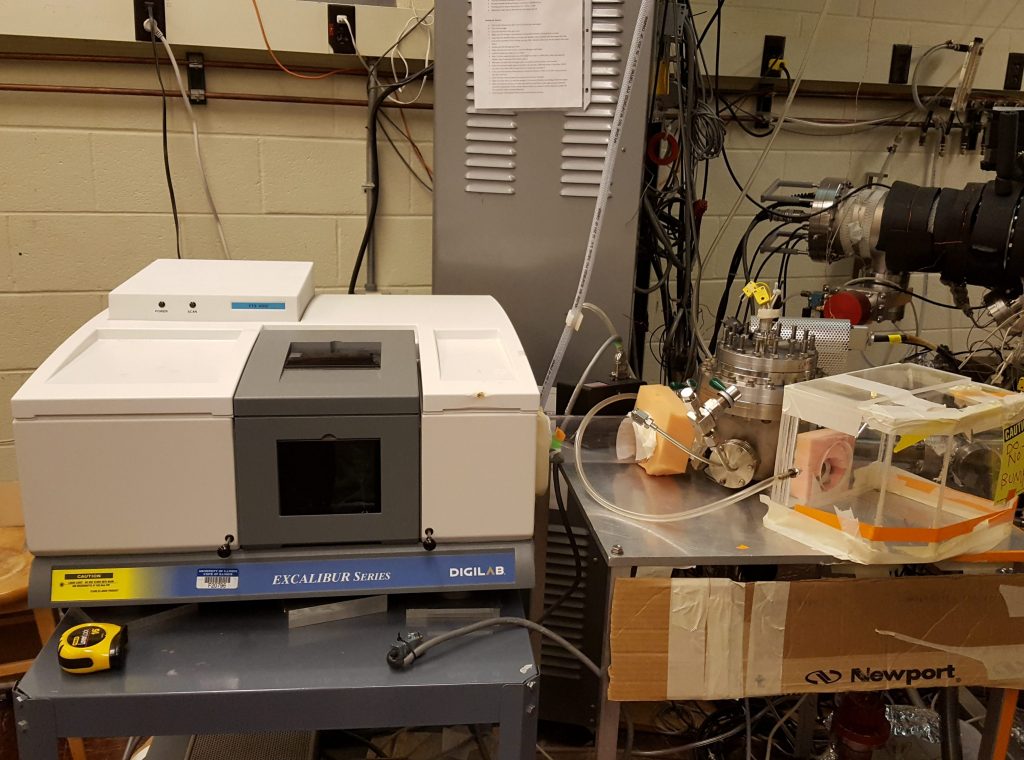 The static CVD system can be used for most single-source thin film deposition.